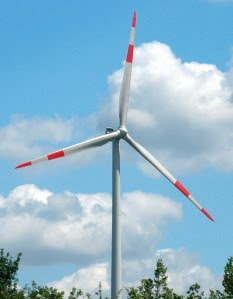 If they don't want wind turbines off the coast of Cape Cod, fine, but don't shut down wind farm projects elsewhere in the country. In fact for Cape Cod instead of building a wind farm they could build a system to generate electricity from the movement of the waves. Something like this has already been done in the U.K by a company named Wavegen, why not in the U.S.?
Posted by Jordan at 10:42 PM

Wind energy will never be able to be a substantial replacement for hydrocarbons. The only underutilized alternative continues to be nuclear. Right now nuclear energy production is limited to fission, but the holy grail of Energy is nuclear fusion.